Hercule Poirot Novels by Agatha Christie from The Folio Society

The Folio Society has put together a beautiful set of Agatha Christie’s Hercule Poirot novels. Illustrated by Andrew Davidson and with introductions from Anthony Horowitz the titles in the set are: The Mysterious Affair at Styles; Murder on the Orient Express; The ABC Murders; Death on the Nile. This set retails at £110 from The Folio Society, available here. The quality of production makes it something to treasure as well as providing an opportunity to acquaint or re-acquaint yourself with Poirot, pursuing four of his best known cases.

The Mysterious Affair at Styles 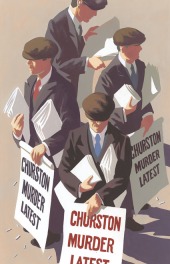 When the wealthy Emily Inglethorp is poisoned at her country house, Styles, the culprit seems obvious. Her husband Alfred was heard to quarrel with her violently – and was seen buying strychnine in the local town. Yet when he is just about to be arrested, Hercule Poirot comes forward to save him. He reminds all concerned that appearances can be deceiving, and that there are unsolved oddities in the case – including the shattered coffee cup, the scrap of green cloth and the burned fragments of a will … The first novel to introduce us to both Poirot and Hastings, this is also one of Christie’s most satisfying mysteries.

Murder on the Orient Express

A curious group of passengers is assembled on the Istanbul–Calais coach of the Simplon Orient Express. They include a Russian princess, an Italian salesman, an English colonel – and Hercule Poirot. The morning after the train is stopped dead by a deep snowdrift, American millionaire Mr Ratchett is found stabbed to death, his compartment bolted on the inside. It is clear that the murderer must be one of his fellow passengers – and must still be on the train. One of Christie’s most famous novels, Murder on the Orient Express boasts a truly audacious solution.

Alice Ascher, an elderly shopkeeper, has been murdered in Andover. Next, the pretty waitress Betty Barnard is found dead in Bexhill-on-Sea. Each of these murders is hinted at beforehand in a taunting letter to Poirot, signed ‘ABC’. Together with his friend Arthur Hastings, and a team from Scotland Yard, Poirot must pursue the ABC serial killer – in a battle of wits that soon becomes very personal indeed. The murderer keeps one step ahead at first, but as Poirot puts it, ‘He cannot help throwing light upon himself …’ Unusually for Christie, The ABC Murders employs multiple narrators, spinning an ingenious web that culminates in a startling finale – a truly brilliant mystery.

Death on the Nile

Poirot has decided to escape the winter with a cruise down the Nile River in Egypt. Among his fellow travellers are a couple on honeymoon, Simon and Linnet Doyle. They are being stalked by Simon’s former fiancée, Jacqueline de Bellefort, who shows Poirot her pearl-handled pistol – ‘a dainty toy’. Shortly afterwards, Linnet Doyle is shot in the head. Suspicion falls on Jacqueline, but Poirot knows that other passengers had their own reasons to bring death to the Nile. Inspired by Christie’s travels with her archaeologist husband, this world-famous story has twice been adapted for the screen. 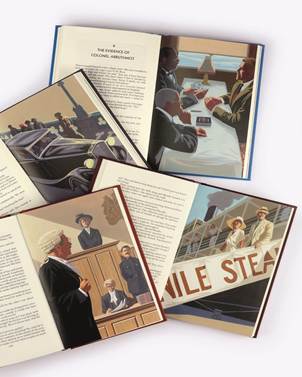