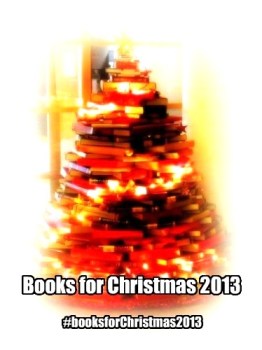 Some highlights of the year for me.

This was an absolute gem.  You never know if panel events will work/take off and sometimes you can be fortunate enough to sit through an explosion of magic.  Such was the case for “Cold War: An Infiltrating Chill” at CrimeFest back in May with Tom Harper, John Lawton, Aly Monroe, William Ryan, all superbly chaired by Martin Walker.  And the “explosion of magic”?  The double act that was Aly Monroe and John Lawton.  They swept you up with their enthusiasm for the topic, their forensic knowledge and their naughty disclosures.  Forget “Get Carter”, if you’re curating a literary festival get Lawton and Monroe.

Judith Tebbutt’s A Long Walk Home certainly brings home how fragile life is and how quickly anyone and the ordinary can be thrown into extraordinary circumstances.  A Long Walk Home is inspiring and, at its heart, a testament to the power of love and family.

Spies – not just a boy thing, thank you

Jennie Rooney’s Red Joan is more of a woman’s novel and it’s great on period detail.  Forget Fifty Shades of Grey, this novel is a proper and satisfying exploration in shades of grey, using grey matter.  By the time you get to the end emotions are pricked and stretched; but what will you think of Joan?

Barbara Nadel’s name had been on my radar for quite a while but I didn’t pick up a book of hers until Deadline, one in her Turkish Cetin Ikmen series.  Here Ikmen attends a murder mystery evening and suddenly finds himself in a game where life imitates art.  It’s all very Agatha Christie but also draws beautifully from Nadel’s background as an actor.  With such great characters in the Turkish police, thankfully there’s a series to savour.

Three of note here.  Jane Casey’s DC Maeve Kerrigan’s series got to its fifth outing in 2013 with The Stranger You Know.  The plucky Kerrigan is now proving addictive.  Stav Sherez’s second Carrigan and Miller, Eleven Days, arrived in 2013.  Sherez is an author who provides a feast for your senses while exploring humanity.  And if you want to leave London, head to Northumberland with Mari Hannah’s DCI Kate Daniels.  Hannah is proving prolific with her fourth, Monument to Murder, published in November of this year.

The Daniels novels add a shot of realism to police investigations and the third, Deadly Deceit, opens with an oh so heartrending car crash on the A1.