Following on from yesterday’s post on the Italian Crime Fiction book, the divine blogger at Mrs Peabody Investigates pointed out that there are already books in this series for French and Scandinavian crime fiction.  A little investigation further confirms this and that there is also one on Iberian crime fiction.  (Some inside information indicates that one is in development on German crime fiction as I write this.)  So here’s some further info: 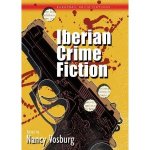 Iberian Crime Fiction edited by Nancy Vosburg, who is Professor of Spanish and Chair of the Modern Languages & Literatures Department at Stetson University in DeLand, Florida, where she teaches Spanish culture and literature courses (gwales).  With a RRP of £75 for the hardback, it is available from £56 on Amazon Marketplace.  Both Amazon and gwales indicate that this one is available in hardback only. 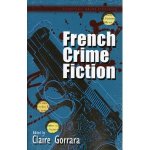 French Crime Fiction edited by Claire Gorrara is the ‘first volume in the European crime fictions series acts as an introduction to crime writing in French. It presents the development of crime fiction in French cultures from the mid-nineteenth century to the present day and explores the distinctive features of a French-language tradition.’  This one dates back to 2009 with gwales showing as temporarily out of stock (although still offering more information on the book) with Amazon claiming only one copy left.  However, Amazon Marketplace has a small number of copies available from £67.  (Again this one is HB only with a RRP of £75.)  Dr Claire Gorrara is Professor of French Studies at Cardiff University. 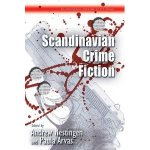 Scandinavian Crime Fiction edited by Paula Arvas and Andrew Nestingen.  This one is available in paperback format at £24.99, and is in stock at both gwales and Amazon/Amazon Marketplace.  Gwales notes that the editors are Lecturer in Finnish literature at the University of Helsinki for Paula Arvas and Professor of Scandinavian Studies at the University of Washington in Seattle for Andrew Nestingen.  Gwales lists the contents and contributors of this book as follows:

One comment on “More in the “European Crime Fictions” Series”

This entry was posted on October 1, 2011 by crimeficreader in Book News.